After a few failed attempts of trying to gain access to Viridor Waste tendering procedures, mainly due to frameworks being in place, we received a surprise call from the new Southern Project manager who we worked under for previous clients on various projects.

We were invited to take a look at proposed Cap Strip excavation works to provide further waste void.

The works were tendered and awarded and involved the excavation of circa 10’000m3 of U/S material to restoration and 35’000m3 of future engineering clay to stockpile.

The tendered works changed after day 3, from short haul work to long haul work which was deemed out of contract, therefore the works were given on a day work basis as competitive rates are always given during tender stage. Further ADT’s were added to the works and we continued to progress

The excavation also encountered a significant amount of difficulties not anticipated at tender stage.

Despite the haul considerably lengthening and difficulties encountered and despite the works being carried out on a day work basis, all the required works were completed 1 week ahead of schedule and below the original tender price.

“you have been very efficient especially at the outset in getting the haul routes established and undertaking the excavation which had a significant amount of unknown difficulties, along with a much longer haul that you had not been aware of at the tender stage. I thank you very much for your ability to be adaptable as the job progressed and to keep the site team informed to the day to day progress of the work.

I very  much hope there will be opportunities for us to work on future projects, and wish you well for your ongoing contracts this summer.” 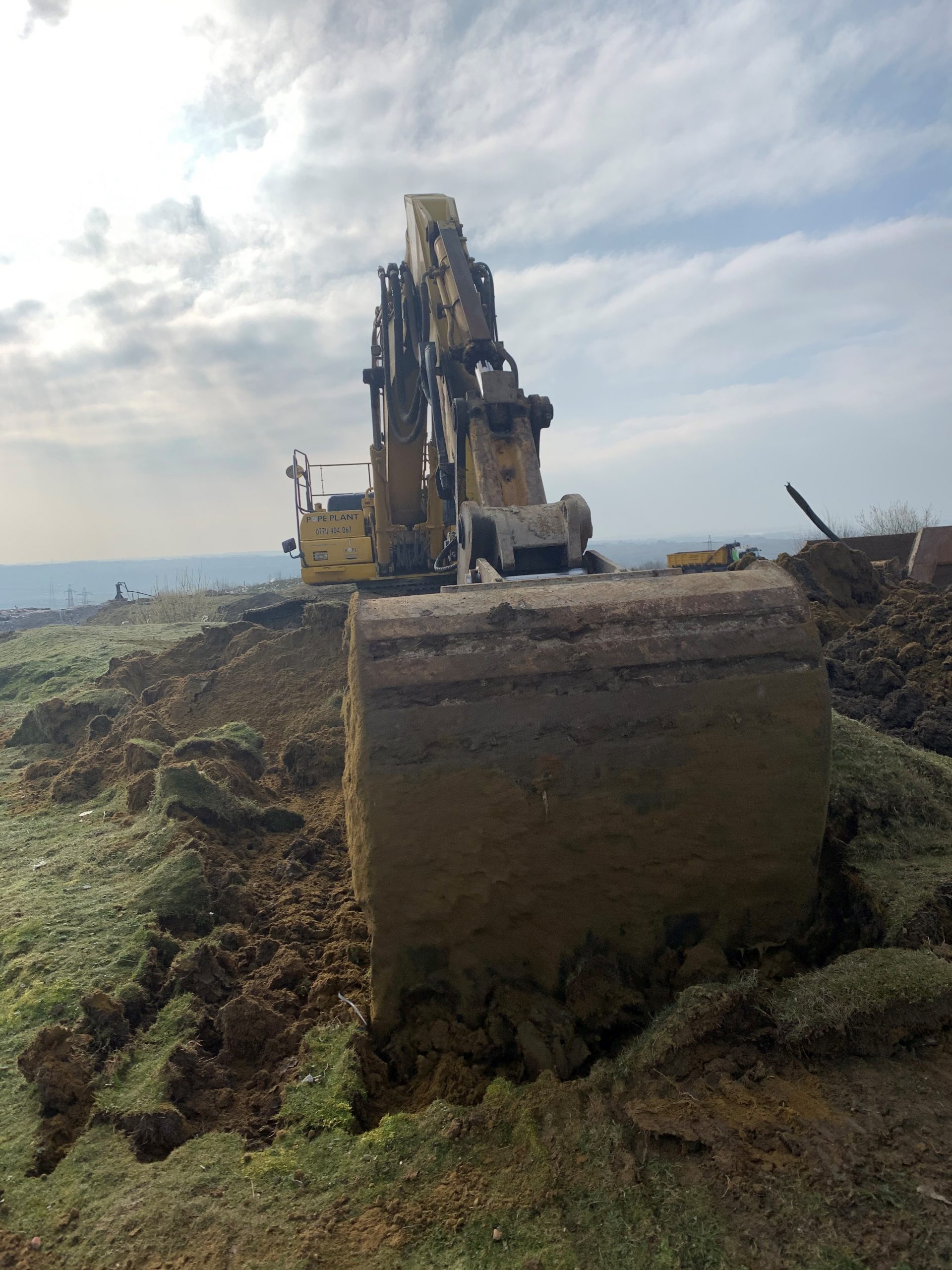 Another successful project completed at Bellhouse Landfill. Showing Pope Plant workforce doing what they do best - working as a team - 'working WITH our client not just FOR them'.